You've heard a lot about concussions in the news over the last few years, thanks to concerns from National Football League players about traumatic brain injury and chronic traumatic encephalopathy (CTE). This type of brain damage, featured in a movie starring Will Smith a few years ago, can occur after a football player suffers a number of hits in the head. Some veterans returning home after suffering combat explosions also are being diagnosed with CTE.

If you're a parent, you're probably wondering how vigilant you need to be as your kids play sports that could involve concussions. And it's not just football — collisions and knocks to the head can occur in many sports, from soccer to volleyball to basketball to football. Female soccer players may experience more concussions than male counterparts due to slimmer necks. They don't absorb the force of a header — when a player moves the ball down the field by bouncing it off her/his head — as much as a male's thicker neck.

Surrounded by a cushion of cerebrospinal brain fluid, your brain is the consistency of Jello. But sudden force can slam your brain against the sides of your skull and result in a concussion. After a concussion, the brain is more sensitive to damage. That's why coaches have learned not to send a sports player back into a game if they suspect a concussion. 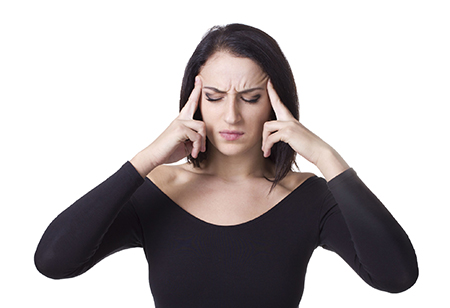 A concussion, which can be mild, moderate or severe, can include such symptoms as:

"In 45 years as a practicing neurologist, I have always considered concussion to be a head injury with loss of consciousness or amnesia," said Harry S. Tamm, MD, a neurologist with HonorHealth Neurology. "Now you see doctors diagnosing it without the patient losing consciousness or suffering amnesia."

He points out that there's no test for a concussion. A CT scan and an MRI will look normal even if a concussion has occurred.

You may have heard that rest is important after a concussion. "The idea of brain rest is anathema to me," Dr. Tamm said. "The brain is always electrically active."

Dr. Tamm continued, "In my experience, 90 percent of the time, if you give a concussion a week or two, symptoms will go away by themselves."

He noted that there's some evidence that exercise might help the brain after concussion.

Should you let your kids play sports? "There's risk in everything you do," Dr. Tamm said. "My kids played soccer for 20 years, into their university years. They seem to have turned out fine."

Dr. Tamm's advice if you think your child may have suffered a concussion? See a neurologist.