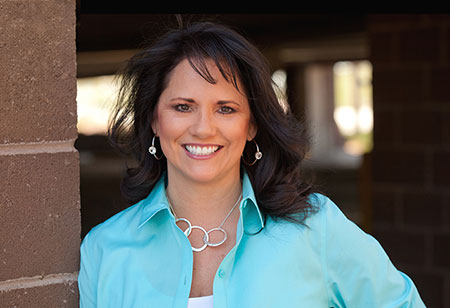 Kim Hedrick's entire world was turned upside-down when she was brutally beaten, bitten and repeatedly raped.

The traumatic experience left her with permanent hearing loss in one ear, and for some time, a justifiable fear of leaving home.

That changed, however, on the very day that her attacker—a serial rapist—was convicted for his horrific crime.

"I got my life back," explains Kim, a strong young woman who now enjoys starting her day with an early-morning hike before going to work in the mortgage industry.

Both the successful prosecution of her attacker and her ability to move forward are thanks in large part to HonorHealth's Forensic Nurse Examiners Program, according to Kim.

"They gave me my joy and smile back," she says. "I truly believe I would not be where I am today if it wasn't for the forensic nurses program and its role in him being prosecuted. I would be living in fear instead of being able to move on."

Kim's attack happened after the third date with a man who, unbeknownst to her, had previously sexually assaulted other women. While all three victims, including Kim, were represented at the attacker's trial, the rapist was found guilty in only one case—Kim's.

"I believe this is largely because of the evidence collected by my forensic nurse and her testimony," says Kim, noting that the rapist—who was increasingly violent with each attack and could have ultimately killed someone—is now in prison and will be deported overseas when released.

Gratefully, Kim recalls the "huge impact" of forensic nurse Erin Messinger, who conducted a thorough medical-forensic exam after the assault.

"She was calm and soft spoken that night and let me know she was so sorry this happened to me. Erin was gentle and put me at ease while collecting evidence. She explained each process and why she was doing it. She was genuinely concerned about my injuries and believed me that something really horrible had happened," says Kim.

Not stopping there, Erin helped Kim understand the importance of taking photos of her injuries and talking with a detective. Importantly, Erin also spent time testifying on the witness stand.

If you'd like to continue the efforts of our Forensic Nurse Examiners and help patients like Kim, Your donation can help,