When Jason W. visited an urgent care facility with a chronic cough and shortness of breath in early 2017, he thought he had pneumonia. His doctor ordered a chest X-ray and determined Jason had a pleural effusion—a buildup of fluid between the layers of tissue that line the lungs and chest cavity.

Jason was admitted to the hospital, where over the next four days, the news continued to get worse. A CT scan showed a nine-centimeter lung mass and enlarged lymph nodes, and a subsequent MRI found additional tumors on his brain.

Jason was diagnosed with non-small cell lung cancer. Based on the spread to his brain, his cancer was stage 4—significantly limiting his treatment options and his prognosis.

“I told my doctors that I didn’t want any bad news, no talk of death and that I was making it through this,” says Jason. “I thought I was going to get some weird looks but that’s the attitude they want you to have.”

Jason got right to work fighting his cancer alongside his care team at HonorHealth Virginia G. Piper Cancer Care Network. His case was led by Wish Dhillon, MD, an oncologist and independent member of the HonorHealth Medical Staff. 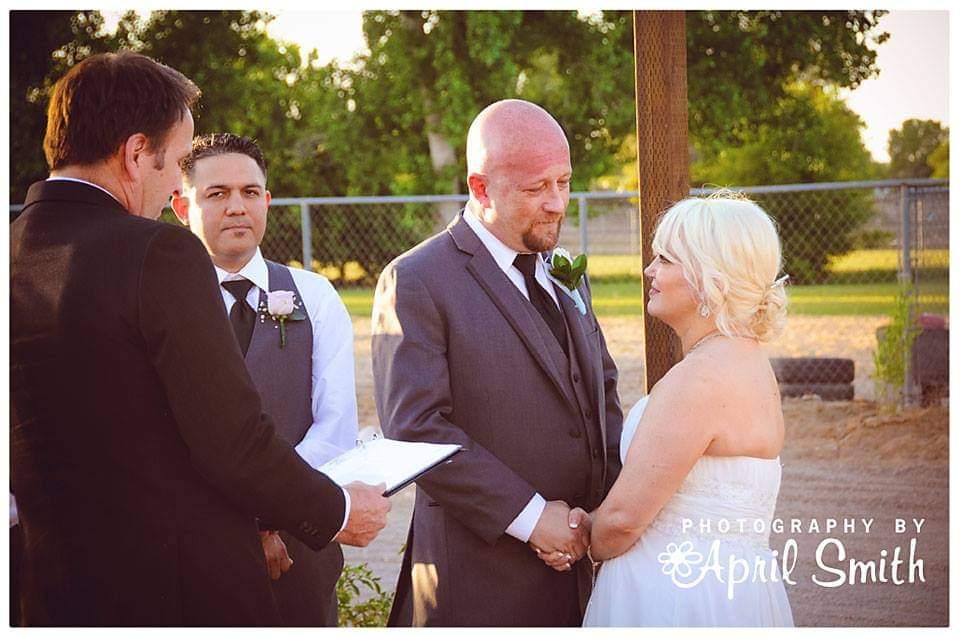 Even as he faced cancer treatment, he didn’t waste any time living life to the fullest. He and his girlfriend decided to get married, and that set off an amazing show of love and support from family and friends who organized and paid for a beautiful wedding in less than four weeks at the beginning of his treatment, says Jason. His new wife and family have walked through his treatment with him ever since, for which he is grateful.

Jason’s treatment began with brain radiation, and they planned to start chemotherapy after that.

“However, genetic testing on the tumor showed that Jason’s cancer cells harbored a rare mutation in a gene called ALK (Analplastic Lymphoma Kinase), leading to uncontrolled cell growth,” says Dr. Dhillon. “Based on this finding, Jason was started on a drug called alectinib, which specifically targets the ALK gene. The beauty of this medication is that it’s a pill taken every day that does not have chemotherapy-like side effects, and patients tolerate it fairly well.”

At the time, alectinib was not yet approved by the FDA for upfront use, but it was showing promising results for patients with this mutation, which affects only around 5% of lung cancer patients. (Later that same year, this drug was approved for use in patients with previously untreated ALK positive metastatic non-small cell lung cancer.) The medication worked, and a series of scans over the next several months showed that the tumors in his brain and lungs were shrinking.

Five years have passed since Jason was officially diagnosed, and against all odds, he’s still here thanks to his unwavering positivity and a personalized treatment that was designed specifically to target his cancer. He continues taking the medication daily. “The next step would be to use new cancer detection technologies to see if and when it would be safe to stop treatment for him,” says Dr. Dhillon.

A fresh approach to cancer treatment

Jason’s journey highlights the importance of personalized cancer treatments. In the past, all stage 4 lung cancer patients received chemotherapy. In Jason’s case, chemotherapy would not have been the best approach for his unique cancer.

“Now that we are able to perform genetic sequencing on these tumors, we are able to pick out the treatments that are most likely to work,” says Dr. Dhillon. “This case is a brilliant example of successes of personalized treatment.”

Treating patients with cancer comes with both failure and success, says Dr. Dhillon. “Whenever a patient beats the odds like Jason, it reinforces our resolve to keep going and to try to get the best outcome for every patient.”

“I didn’t realize I was at the five-year mark until my last appointment with Dr. Dhillon,” says Jason. “I asked him how many people he knew that have made it this far and his reply was, ‘I can count them on one hand,’ and that’s when it really hit me how lucky I am.”

Many patients with a diagnosis like Jason’s are not fortunate enough to survive five years, so any patient who gets to this landmark is a true testament to the advances in medical care, science and technology, according to Dr. Dhillon.

“I feel pretty blessed to still be here and be doing fine,” says Jason.