To most people, Anna's life looks a lot like many people her age. At 39, she's married and a busy mom of two girls under the age of 3.

And that "typical" life is what's so remarkable about her.

When she was just 28, Anna discovered a lump in her breast while doing a self-exam. Her mind immediately went to her maternal grandmother and aunt, who were both treated for breast cancer. "When I felt the lump, I knew that there was a good chance that it was more than just a cyst," said Anna.

Unfortunately, Anna's gut feeling was right. Tests confirmed that it was stage 3 breast cancer. Her priorities quickly changed from lesson plans for her fourth grade class to meeting with surgeons and oncologists.

From the start, Anna took this challenge head on. "I just knew that this was something I was going to beat. I knew I needed to take each step at a time and have a positive attitude. I didn't have time to feel sorry for myself."

Over the next 14 months, Anna did just that. Her treatments for breast cancer included a double mastectomy, chemotherapy, radiation therapy and breast reconstruction. 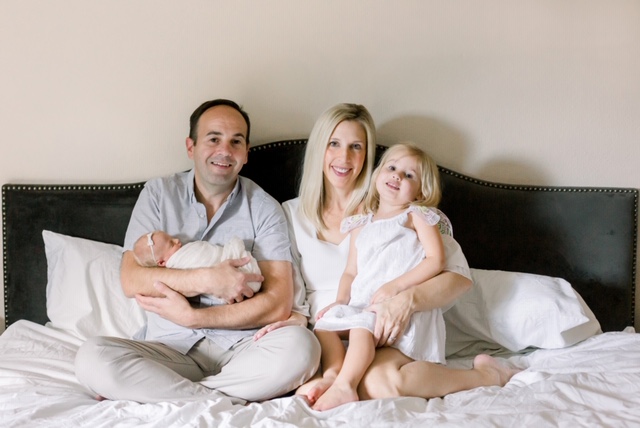 And then life slowly began to change again.

"My hair came back in, and I started feeling more comfortable in my body again. Things started to feel normal again … the new normal," she said.

At the time of her diagnosis, Anna wasn't married or thinking about having children in the future.

However, she did choose a treatment plan that would hopefully preserve her fertility, with close monitoring of her cancer status. While there were no guarantees, she had talked to others who were able to conceive after breast cancer treatment.

"One woman that I had met along the way was a survivor and had two kids," she said. "I felt like, it can happen."

In addition to different treatment options for fertility preservation, some women with cancer can also look at options like egg retrieval or freezing, embryo freezing, or transplanting ovarian tissue prior to beginning chemotherapy and/or radiation.

Anna's sister encouraged her to sign up for online dating, where she met her husband. About six months after getting married, Anna and her husband were delighted to learn that she was pregnant! "I was worried about my hormones going crazy and maybe the cancer coming back, but my pregnancy was really normal and great," she said. Because of her double mastectomy, Anna knew she couldn't breast feed. "That was just something I knew going into it."

Anna had both her children at HonorHealth Scottsdale Shea Medical Center. "We had a wonderful experience both times at HonorHealth," she said.

Kelly Helms, MD, Anna's OB/GYN who delivered both of her babies, said that the type of breast cancer a patient had may affect their risk of a recurrence during pregnancy. "It's high estrogen when you're pregnant, and some cancers are sensitive to estrogen."

Dr. Helms recommends that anyone who has a history of breast cancer be vigilant during pregnancy and follow-up with their breast cancer surgeon after delivery. 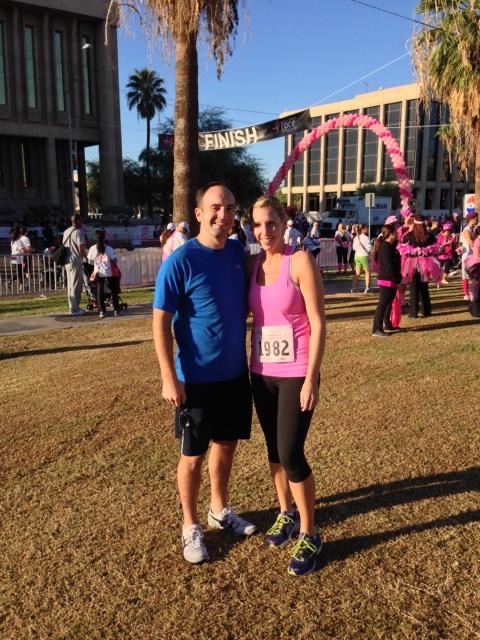 'Life was so different.'

As she celebrates significant milestones in her life, including more than 10 years of being cancer free, Anna is grateful for where she is today.

"Ten felt major. I just felt like life was so different than when I was first diagnosed."

For other women who may be going through the same thing, Anna recommends leaning on your support system and having a positive attitude.

"I was really lucky, I had great family support, great friend support, my school was a huge support. I felt really lucky to be taken well care of," she said.

Anna discovered her breast cancer through a self-exam.

"I have so many patients who have found their cancer on self-breast exams," said Dr. Helms. "It's just to know your own breast tissue, that's the point of it. So when something weird pops up, you know it's not normal for you. It's like knowing your moles."

Tips for doing a breast self-exam:

It is recommended that all women get a clinical breast exam at their doctor's office at least every three years. In addition, women should get a baseline mammogram between the ages of 40 and 49. Talk to your doctor to determine the best schedule for your screenings, which may vary based on your family medical history or any other increased risk factors.