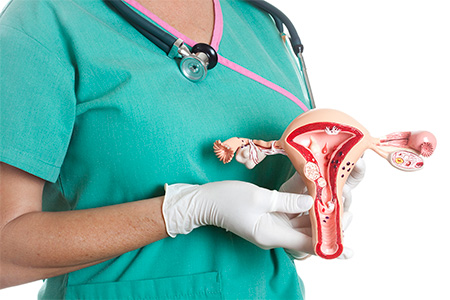 A treatment for excessive menstrual bleeding, endometrial ablation destroys the lining of your uterus (endometrium). The procedure is only used to treat heavy bleeding, not for irregular periods, fibroids or postmenopausal bleeding.

Your HonorHealth gynecologist will perform an endometrial ablation on an outpatient basis. Typically, you'll have local sedation or light anesthesia for the procedure, which usually takes less than an hour.

During an endometrial ablation, the doctor inserts thin instruments through the vagina into the uterus. This means there is no scarring. The type of tool depends on the type of technique used to perform the ablation. This can be laser, thermal (heat), high-energy radio waves, electrical, freezing or microwave energy.

You should be able to go home the same day. You'll likely have some mild cramping for the first day or so. You also may notice a watery vaginal discharge that could last up to six weeks. Ultimately, your periods should be significantly lighter. In fact, nearly half of women who have endometrial ablation do not have any more periods.

Don't consider an endometrial ablation if you think you may want to become pregnant. Although you may not have any more periods, it's important to understand that this is not a form of birth control. Although unlikely, you can still conceive, but to do so could potentially be life-threatening. You'll need to continue with your regular birth control method until menopause.

Find a highly qualified gynecologist in the greater Phoenix area or call 623-580-5800 for more information.