If you're diagnosed with a brain tumor, you need a solid treatment plan and team to help you. HonorHealth's neurosurgeons at Scottsdale Osborn, John C. Lincoln and Deer Valley medical centers treat a range of brain tumors and can help you with the decisions you have ahead.

Tumors that arise from the brain or spine coverings are considered primary brain tumors. Metastatic brain tumors have spread from cancer in other parts of the body, most frequently from the lungs, breast and colon. There are many different types of brain tumors, based on which cells are affected and how they look under a microscope. 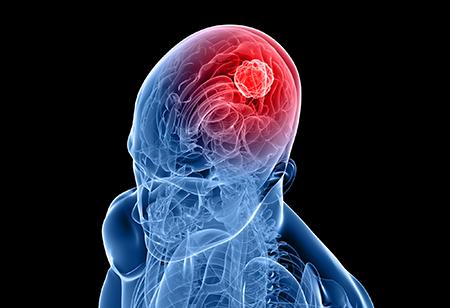 Sometimes, a malignant tumor does not extend into healthy tissue. The tumor might be contained within a layer of tissue. Or, the bones of the skull or another structure in the head might confine it. This is an encapsulated tumor.

Tumors can be classified into four categories:

Doctors group brain tumors by grade — from low grade (grade I) to high grade (grade IV). The grade of a tumor refers to the way the cells look under a microscope. Cells from high-grade tumors look more abnormal and generally grow faster than cells from low-grade tumors.

Research has shown that people with certain risk factors are more likely than others to develop a brain tumor. Risk factors associated with an increased chance of developing a primary brain tumor include:

These symptoms are not sure signs of a brain tumor. Other conditions also can cause these problems. If you’re experiencing these symptoms, see a doctor as quickly as possible.

Depending on the type of brain tumor you have, your neurosurgeon and other specialists may recommend treatment options that include: