Being in severe pain can be worsened by not being able to control your movements. If you have dystonia, you are among approximately half a million persons in the U.S. and Canada with this challenge. In fact, dystonia is the third most common movement disorder, behind Parkinson's disease and essential tremor.

Characterized by sustained muscle contractions, dystonia may lead to repetitive twisting movements and abnormal postures. It can be extremely uncomfortable, as well as a significant challenge to diagnose and treat.

HonorHealth's team of specialized neurologists are skilled at identifying and treating the 13 forms of dystonia. Working with a team of physicians, neurosurgeons, nurses and therapists, our movement disorders specialists observe and diagnose symptoms of this debilitating condition.

Because dystonia is frequently caused by genetic abnormalities, your personal and family history will be carefully considered. You'll also be tested to rule out other movement disorders.

Dystonia is a chronic disorder that currently has no cure. HonorHealth does all it can to help patients, families and caregivers manage — and potentially overcome — the debilitating effects of dystonia 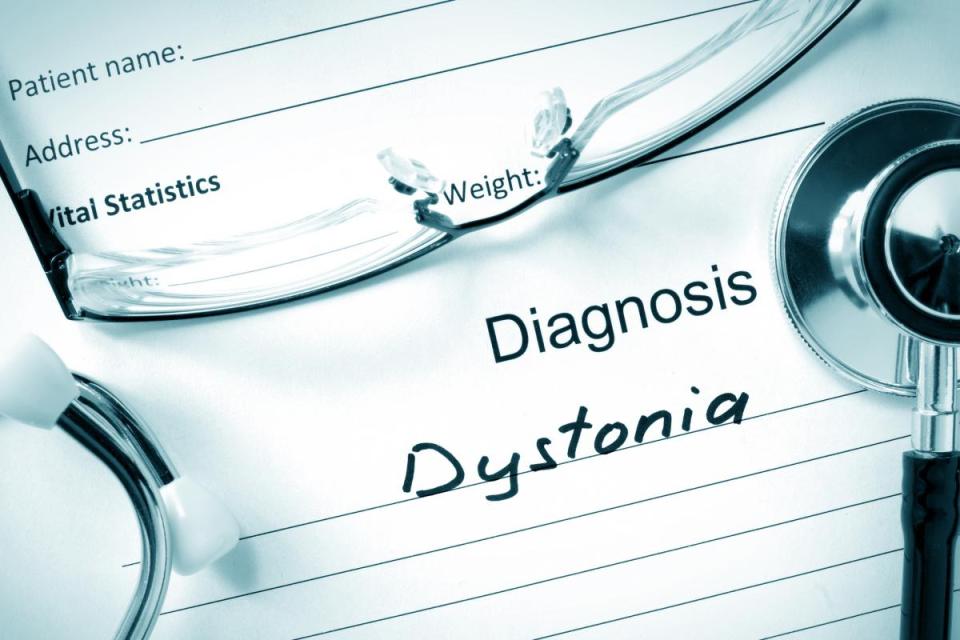 People affected by dystonia typically exhibit sustained twisting movements, which force the body into an abnormal position. These involuntarily movements usually point in one direction, which can be extremely uncomfortable, even painful.

Approximately 40 percent of our bodies are made of skeletal muscle — the type of muscle that we can see, feel and move voluntarily. These muscles work in "opposing" pairs: When the brain sends a signal to do so, one muscle contracts and the other relaxes.

When dystonia symptoms are present, muscles that are told to relax simply disregard the brain's orders. Muscles look like they're competing with each other.

Dystonia symptoms typically concentrate on one part of the body; this is called "focal dystonia." Cervical dystonia results in twisting movements of the head and neck. Hand dystonia, called "writer's cramp," affects the hand and forearm.

HonorHealth's team will talk with you about the best course of treatment. Options may include: