Epilepsy is a chronic neurological disorder that's also known as a seizure disorder because of recurring episodes of unprovoked seizures. The disease is often diagnosed after you've experienced a minimum of two seizures (or after a single seizure but with a high risk for additional seizures) not caused by a known medical condition such as dangerously low blood sugar.

Seizures and the disorder known as epilepsy are not the same. An epileptic seizure is a momentary or short event caused by abnormal electrical activity in the brain. Epilepsy, on the other hand, is characterized by an ongoing likelihood to experience repeated epileptic seizures and as a result, suffer the health consequences associated with those seizures.

Seizures associated with epilepsy can be mild, moderate or severe, both in intensity and frequency. The seizures may be linked to a brain injury or a family history, but often the cause is unknown. Epilepsy affects nearly three and a half million Americans and 65 million people worldwide.

What are the types of epilepsy?

Epilepsy is classified by three types of seizures:

What are the primary epilepsy symptoms?

Symptoms among children may include:

How is epilepsy diagnosed?

Your HonorHealth neurologist will use these tools to diagnose epilepsy: 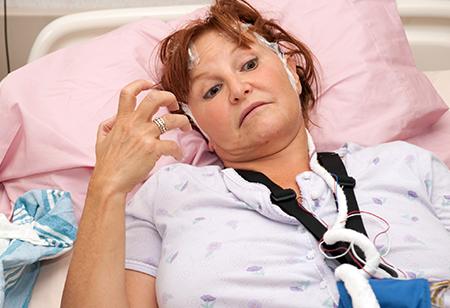 Epilepsy is a life-long condition that can be managed by medication. Your neurologist will work with you to identify the best anti-seizure medication for you. If one fails, another may work better.